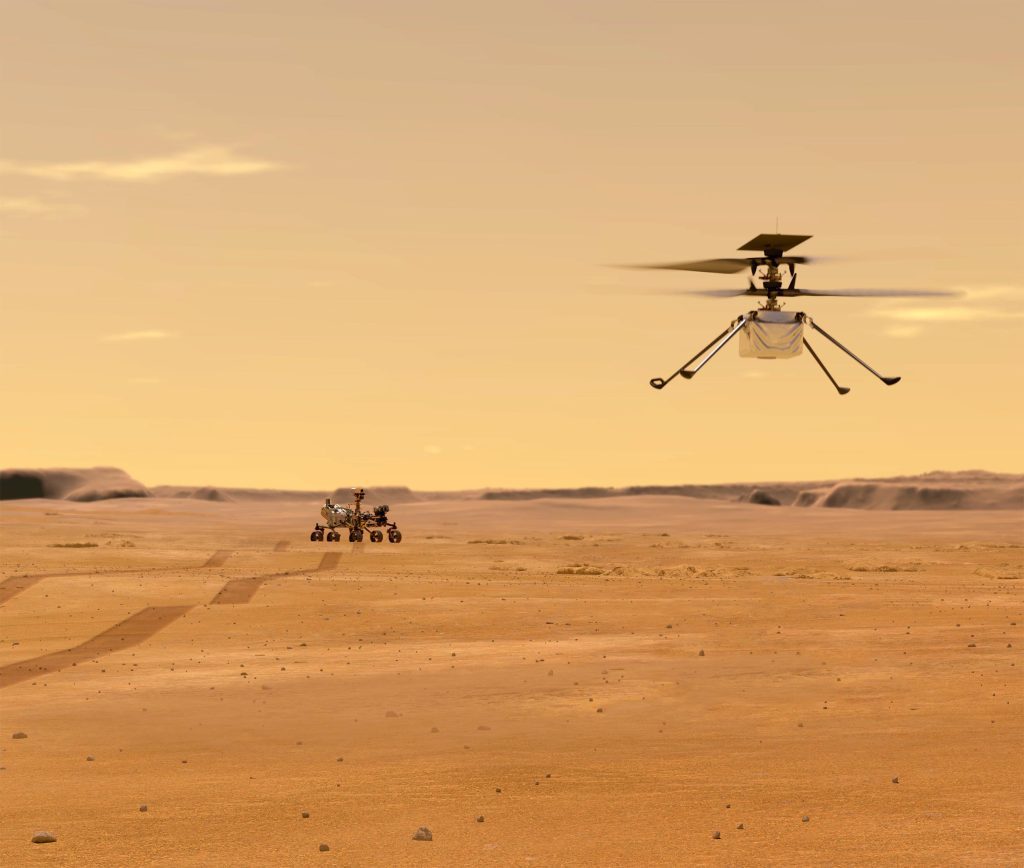 Geçen yılki bazı diğer uçuşlarla karşılaştırıldığında incelik[{” attribute=””>Mars Helicopter’s Flight 34 might not stand out. Wednesday’s successful 18-second flight was even shorter than Ingenuity’s first flight; the Mars helicopter simply popped up to a little over 16 feet (5 meters), hovered, then landed. Despite the flight’s simple nature, the team is very excited because of what it means for the future of Ingenuity.

Over the past few weeks, the operations team has been at work installing a major software update aboard the helicopter. This update provides Ingenuity with two major new capabilities: hazard avoidance when landing and the use of digital elevation maps to help navigate.

Developed as a technology demonstration, Ingenuity was designed to operate on Mars in flat, smooth terrain like that at Wright Brothers Field. As Ingenuity moved on to exploring Jezero Crater alongside the Perseverance rover, we traveled through more challenging terrain than the team had ever anticipated.

NASA’s Ingenuity Mars Helicopter acquired this image using its navigation camera. This camera is mounted in the helicopter’s fuselage and pointed directly downward to track the ground during flight. This image was acquired on November 23, 2022 (Sol 625 of the Perseverance rover mission) at the local mean solar time of 16:39:52. Credits: NASA/JPL-Caltech

In previous flights, Ingenuity’s pilots needed to find airfields free of any rocks or other obstacles that could potentially damage the vehicle when landing. Jezero Crater is a rocky place, so safe airfields have been difficult to find! Using Ingenuity’s downward-facing navigation camera, this software update adds hazard avoidance on landing. While in flight, Ingenuity will identify the safest visible landing site. When preparing to land, Ingenuity will then divert over to this selected site. This capability allows Ingenuity to safely land in rockier terrain than before, providing our pilots with many more potential landing sites.

Ingenuity’s navigation software was designed to assume the vehicle was flying over flat terrain. When the helicopter is flying over terrain like hills, this flat-ground assumption causes Ingenuity’s navigation software to think the vehicle is veering, causing Ingenuity to start actually veering in an attempt to counter the error. Over long flights, navigation errors caused by rough terrain must be accounted for, requiring the team to select large airfields. This new software update corrects this flat-ground assumption by using digital elevation maps of Jezero Crater to help the navigation software distinguish between changes in terrain and vehicle movement. This increases Ingenuity’s accuracy, allowing the pilots to target smaller airfields going forward.

Although Flight 34 may not seem like much, it was Ingenuity’s first with this software update. The team will use results from this simple flight to start testing these new capabilities, ensuring that everything works as expected on the surface of Mars. The update brings out new functionality in Ingenuity, making it a far more capable vehicle and effective scout for Perseverance. We’re all excited to see where this update will allow us to take Ingenuity’s journey next!